Today’s topic is cortisol. Following last week’s blog post, where I talked about Hyprocretin or Orexin, I received an email, where the message was the following:

“I don't have too much of those, or this one peptide, but I do have too much cortisol. Which supplement do you recommend in order to lower my cortisol levels?”

I love the question, because just by answering it, you will hopefully learn a lot. I'll try to compress it as much as I can, because it is quite a complex topic.

In order to answer this as best as I can, it's important to understand what cortisol actually is. Cortisol is a stress hormone, which means that it rises whenever we have stress and it’s a determining factor to our health. It can also be positive stress. And it's meant to just help us be stronger, be faster, and it basically regulates our body in a way that everything that is essential and meant to work really well for an emergency, is catered for. It can also mean, that other parts of our body are not and in order to do its job,  it deregulates everything a little bit.

Cortisol is also an anti-inflammatory and that is really, really important.

So why can't I just answer the question, is my cortisol too high?? First of all, my question to you would be

"how do you know that your cortisol is too high?"

Most tests that are done for cortisol are usually a urine test or a blood test that is just looking at the general amount of cortisol and that is absolutely not helpful. I can't do anything with this, because it doesn't tell me how much of it is free cortisol. How much of it is metabolized cortisol? What is the ratio between cortisol and cortisone? How is it converted?

All of those factors are really important for me. Let's say, for example, that you have a test done and it's actually the opposite. It tells you that you don't have a lot of cortisol. But when we look at the division between free cortisol and metabolized cortisol, it will show you that you have a lot of metabolized cortisol, which basically means that your body has converted the free cortisol into metabolized cortisol, which is less strong, basically taking the edge off in a way, in order to help your organs recover, because they've started to become damaged. It's basically putting the brakes on. You might never know that, if you didn't look at an urine test, preferably a dried urine test.

A person who didn't know that, might tell you that you need to take something for your adrenal glands, to help produce even more cortisol. But your adrenal glands are already pumping out tons; but your body is converting it afterwards. That doesn't work. On the other hand, if there's too much cortisol, you need to know why there is too much cortisol. Is it because you have an inflammation going on inside? Is it purely stress? Or most likely, what I see with my clients, it's both.

It's very rare that your body’s just pumping out cortisol for no reason. Most of the time, when I work with my clients, I can see that they have mostly inflammation in the gut and that is why they're producing cortisol. Also, they're eating foods that they are sensitive to, which is also producing cortisol. On top of that, most of them, as you know, have a super stressful life. They have high responsibility positions; CEOs of large companies, have lots of people to manage, huge numbers to juggle with. Obviously, they are constantly under high stress levels. Even if they are very resilient, their body is going to start acting out at some point, because it has gone beyond their stress resilience tipping point.

So, when you ask me is there one supplement, the answer is simply No.

When I work with my clients, I really look at what does the cortisol pattern actually look like. What kind of cortisol are we dealing with? What is going on with you, in terms of stress resilience? What is going on inside your body that is creating an inflammation that is demanding cortisol as well?

On one hand, even if you have a lot of cortisol, it's not necessarily a bad sign, because it shows that your body hasn't put on the brakes yet. Although, as I said, with the blood test, I can't really do much with it, but at least you know that your adrenal glands are functioning well.

Instead of trying to make your body produce less, I would look at why is it even producing it. It's doing so for a good a reason. Your body is not just acting out, your cortisol is there for a reason. So it's not up to you to take a supplement and to force it into submission. It's up to you to ask the questions: “Why is that happening to me?” “Is there something inside of my body that might require cortisol?” And then it's up to investigate what that might be. 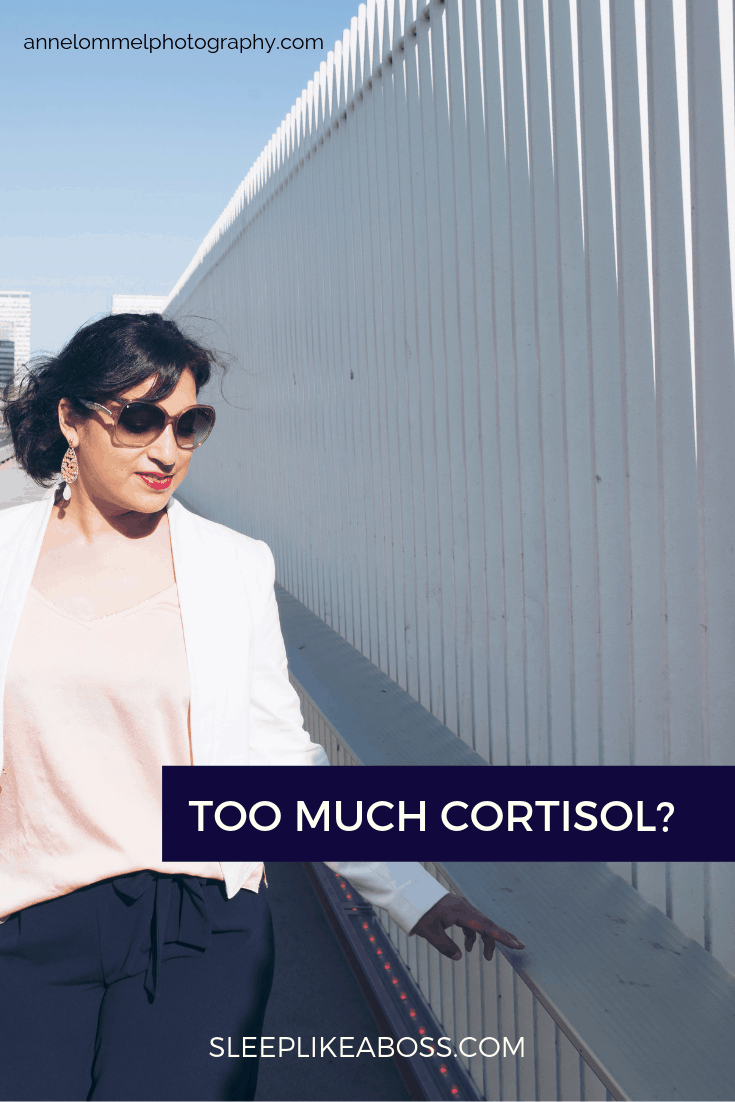 That's how I work. I don't have a one-word answer for this. Having said that though, when I work with my clients and when we go through the protocols to balance everything out; meaning that we clean up the body to make sure that there is no inflammation left, so that your body doesn't require cortisol, and when we work on stress resilience, I might work with something like ashwagandha root, for a while.

I usually use Gaia Adrenal Health, and you can get that for nightly. I've seen that for some clients, it works really well. But don't forget that we always use that in tandem with cleaning up everything else. That's the only thing and it has valerian and similar things in it as well. On its own, if you don't address anything else, it's just like popping sugar. It's not going to make a huge difference. So that's just to say, that once again, we have to work holistically on this.

There is not just one answer. Just a blood sample is not going to really tell you anything either. Also, in my opinion, you have to take at least, 4 cortisol samples, in order to see how your cortisol curve develops.

If you can see that is has an upcurve at nighttime, for me, that's always a sign that there is an inflammation. Very often pathogens that are stuck are starting to wake up and are starting to acting out; or your body is just imbalanced.

It's really important to see how it is developing. It's not enough to just get a blood test done and then to say okay, this is it. It can go incredibly wrong. I've seen lots of people tell their clients that they have adrenal fatigue (which doesn't exist anyway), different topic on that, and then prescribe them or suggest them things to pump out even more and their adrenal glands are working fine.

That's why, in order to really know what you're talking about and to see what your body is actually doing, I recommend the DUTCH test (it doesn't have anything to do with the Netherlands).

Alright, I hope this was helpful. Let me know if you have any further questions and if you have any wishes for any other topics. You can find tons of advice on my website, www.sleeplikeaboss.com/blog. 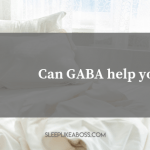 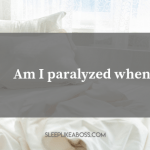 Am I paralyzed when I sleep?Health, Health, Uncategorized